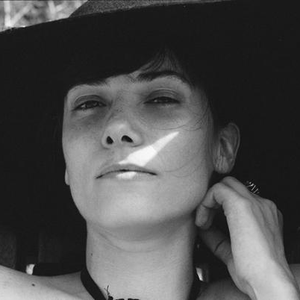 Le Volume Courbe (French for "volume curve") is a band by French-born, London-based singer/songwriter, Charlotte Marionneau. "Le Volume Courbe" was a name of a sculpture by a friend of Marionneau's. In 2001, Le Volume Courbe released the "Harmony/Papillon De Nuit" 7" on the Poptones record label. In 2005, Marionneau recorded, I Killed My Best Friend with contributions from Kevin Shields, Colm Ó Cíosóig, Hope Sandoval, and David Roback among others. I Killed My Best Friend was first released on Honest Jon's and was then picked up by Astralwerks in 2006. In 2008, Le Volume Courbe played a series of festivals and tour dates in Europe and the US, most notably, with the newly-reformed My Bloody Valentine. The touring lineup included Marionneau on vocals, Theodore Hall on guitar, Mel Draisey on violin, glockenspiel and percussion, and Wild Cat on drums. Read more on Last.fm. User-contributed text is available under the Creative Commons By-SA License; additional terms may apply.