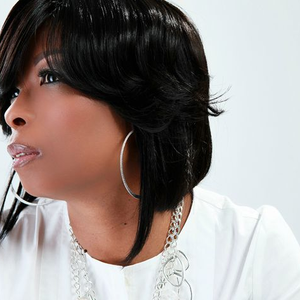 2008 Stellar Award Winner, Maurette Brown Clark, is one of Gospel music's sweethearts. Originally from Long Island, New York, Maurette began her singing career with her family group, The Brown Singers. Throughout her formative years, she continued singing with choirs, groups, as well as studying classical piano. Maurette's first CD, How I Feel, was released in 1998 on Verity Records. This CD featured the radio friendly, "Breaking of Day." For this work, she received the Stellar Award for Best New Artist in 2000. Her second CD, By His Grace, was released in 2002 on AIR Records, and featured her popular rendition of the praise and worship anthem, "I Just Want to Praise You." This CD, as well, received a Gospel Music Workshop of America Gospel Excellence Award and two Stellar Award nominations. She was also nominated for a Dove Award for her participation in a remake of the Donnie McClurkin classic, "Stand," featuring Marvin Sapp, Daryl Coley, and Helen Baylor. Maurette's latest CD, entitled The Dream was released on Malaco Records in March 2007, and features the soon-to-be praise and worship anthem, One God. One God spent over 36 weeks in the top ten on Radio and Records and Billboard Gospel Singles charts. Currently, It Aint Over (Until God Says its Over) is enjoying similar chart topping success. In addition, the video for It Aint Over is being shown on the Gospel Music Channel, the WORD Network, BET and BETJ. The Dream is Maurette's very first live concert recording and it truly captures the essence of her heart for God. For this effort, she was awarded the 2008 Stellar Award for Praise and Worship CD of the Year. Her daughter Jada received the 2008 Stellar Award for Children's Performance of the Year for her song, "I am what God says I am", also featured on The Dream. Not one to be limited, you can hear Maurette's co-production work on the theme song, "Down in the Hole," for HBO's The Wire (Season 4), which is available on The Wire soundtrack CD in stores now. She happily maintains her status as a member of Richard Smallwood's choir, Vision. This singer/songwriter/producer/ musician/wife and mom knows that with God, nothing is impossible and her life and music are a testimony to that fact. Read more on Last.fm. User-contributed text is available under the Creative Commons By-SA License; additional terms may apply.