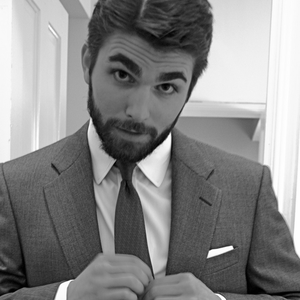 Miles Fisher (1983– ) is an American film and television actor. Born as James Leslie Miles Fisher, he was raised in Dallas, Texas until his family moved to Washington, D.C. He was educated at the St. Albans School in Washington, D.C. and attended Harvard University where he was a member of the a cappella group the Krokodiloes. He appeared in the 1997 CBS adaptation of the book True Women and had a starring role in the 2000 film Lone Star Struck. In 2001, he won Best Actor at the International Teen Movie Festival (ITMF) in Vaughan, Canada for his role in his short film Head Shot. He also received praise in 2001 in an article in Newsday, and this helped further his career. He appeared opposite Robert Duvall in the 2003 film Civil War film Gods and Generals, playing a member of the First Regiment of Virginia Volunteers. He parodied actor Tom Cruise in the 2008 film Superhero Movie, and though the film itself was not positively received, Fisher was singled out for his portrayal of Cruise and a clip of Fisher from the film became popular on the Internet. In 2008 he had a recurring role on the television series The Cleaner on A&E Network. Read more on Last.fm. User-contributed text is available under the Creative Commons By-SA License; additional terms may apply.