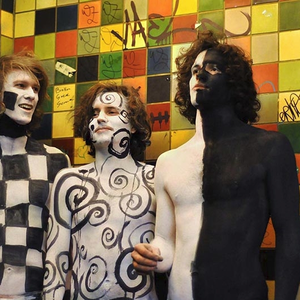 Mother's Cake is an Austrian band playing a mix of funk, hardrock and progressive/psychedelic music. It was formed by Yves Krismer (guitar, vocals), Benedikt Trenkwalder (bass) and Jan Haußels (drums) in 2008. Their distinctive sound is influenced by diverse bands such as The Mars Volta, Porcupine Tree, RHCP and Bootsy Collins among others. The band came in third place out of roughly 1000 bands at ILA 2010 and won the biggest band contest in Austria - Local Heroes, where the single musicians were voted best vocalist, best bassist and best drummer out of participating bands. Read more on Last.fm. User-contributed text is available under the Creative Commons By-SA License; additional terms may apply.