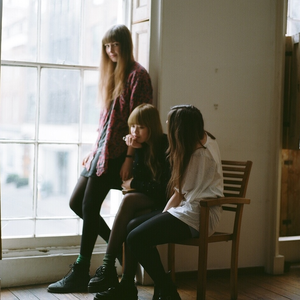 There are at least five artists with the name Novella: 1. Novella (pictured) is a three-piece all female lo-fi band from East London. 2. Novella is a five-piece rock band from Helsinki, Finland. 3. Novella are a four-piece c86-influenced indie-pop band from London. 4. Novella was a Christian AOR band from the early 90's. Novella released two albums, One Big Sky and A Liquid Earth. 5. Novella is a progressive/metal band from St. Louis, MO. They have been a band for 5+ years and have followed the Van's Warped Tour on several occasions and are currently trying to play the Taste of Chaos Tour this year. They are also planning on releasing their first full-length studio album. Read more on Last.fm. User-contributed text is available under the Creative Commons By-SA License; additional terms may apply.