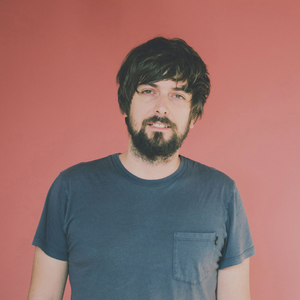 Pau Vallvé (Barcelona 1981) Composer / Producer. Composer of the soundtrack of ZULO, "Esto no és un Cuento" and working within projects such as; "Por Nosotros" and "Suspicious Minds". Musical producer of '1st Aid Kit', 'Inspira', 'Insomni' besides producing all of his own work. He has created theme music and songs for series and TV shows such as; Porca Miseria (series in TV3), the disc "SuperXiula" from Club Super3, for MNAC (National Museum of Art from Catalunya), for "Una Ma de Contes" from TV3, publicity comercials (TMB, Lu, Mallorca, etc) and slogan and theme music for Boca Radio. While working on all these projects, Pau Vallvé has been experimenting and exploring different musical paths. He has made a variety of different flavors including piano, post-rock, minimalistic, of loathsome and Lo-Fi. From his discography you can highlight the Postdiluvian from 2004, signed under the name of OAK, the contrasting "Un que de tan llest és tonto i un que de tan tonto és llest" (One who's so smart he's dumb and one who's so dumb he's smart) of 2006, under the name of Estanislau Verdet, the soundtrack of ZULO and his latest project: u_mä. Before making career alone with projects such as OAK, Great Spirit Of Old Aromas or Estanislau Verdet, he played in bands such as: Egon (Emo-Post-Rock), Experiment Zero (metal), Freak Out (Rap-Metal), etc. He has been working as a teacher in drums, in musical production, in harmony and in percussion. Pau Vallvé started playing the drums at the age of 3, started studying music at the age of 6, playing in bands at 10, released his first record at 15 and started recording his own records at the age of 18. He plays all of the instruments on his discs (piano, guitar, bass guitar, drums, programmings, voices, xylophones, etc). He records and mixes everything in his studio. While studying music(from the age of 6 till 21), first classical music then modern-jazz (classical percussion, drums, piano, singing, harmony, solfeggio, etc), he started studying Fine Arts at the University of Barcelona, but left halfway through to move on to studying production and post-production of audio. Durring his period of studying fine arts, Pau Vallvé accumulated a series of plastic art works that he has used as a presentation card to inspire the designs of the front covers of his discs, his webpages, the backcover of the magazine La Plaça del Xurro (still active, updated every 3 months) or the front cover of the disc he does for MNAC (National Museum of Art from Catalunya). Currently Pau Vallvé is immersed in the creation and administration of webpages. He has created and maintains currently three webpages, four blogs and three myspaces. Official website: http://www.pauvallve.com Read more on Last.fm. User-contributed text is available under the Creative Commons By-SA License; additional terms may apply.