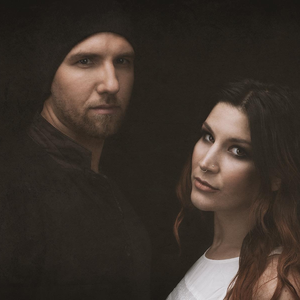 There are at least three artists with the name Phantasma. 1. A death metal band (active from 1994 to present) 2. An electronic producer (active from 2007 to present) 3. A rock opera project by Delain singer Charlotte Wessels, Serenity frontman Georg Neuhauser and Everon multi instrumentalist/producer Oliver Phillips. (2014-2015) The death metal band Phantasma was founded by two pagan creatures Andy and Roland in 1992 Anno Daemoni. Together with Radoslave they recorded their first demo called "Destroyed 'cause he believed", released by themselves. 'twas 4-song creation of raw death metal and the beginning of music career of Phantasma. Andy and Roland invite for the first album Leviathan and Jesus. Album got name "Welcome to Heaven" and it was released by Metal age productions in 1994. The album contained 11 songs include 3 instrumentals. Before line break, 2 years later, Phantasma drew up to release another album called "Jazz for Jesus". The band changed label and 10 songs released Black labyrinth productions. In 1996 Mr. Ryhak changed Roland behind drums and Rudolf out now is instead Leviathan. The sound of Phantasma is enriched by Rastislave's keyboards. The result is "Jahve" from 1999 under Rock extremum records. In 2002 the band expands abroad and "Gospel" have a smell of northern Downfall records. The problems with guitar, and later also with bass, is increasing. In 2002 Darzagh changed Jesus and Rudolf with Rastislave left the band. Andy, Mr.Ryhak and Darzagh played tens of concerts, did interviews and now are creating a full CD. The introduction to this CD is EP "Alternativa 666" containing 3 songs. In May 8, 2009 Phantasma gained fifty white stars. EP Alternativa 666 is a result of cooperation with US extreme metal label Apocrypha records...New full CD "Book of Phantasma" - 2010 is out!!! for more informations send mail to : phantasma@post.sk Read more on Last.fm. User-contributed text is available under the Creative Commons By-SA License; additional terms may apply.