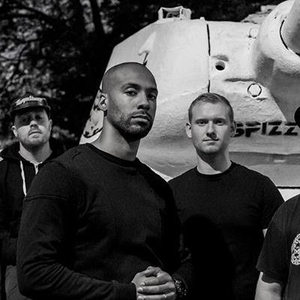 There are multiple artists with the this name: 1) Prowler is a Beatdown style UK Hardcore band from North London, England. North London heavyweights Prowler have been notorious for an ultra heavy blend of hardcore from their live shows for a long time. Album delays from in-fighting and conflicting interests within the band left the cd dormant and unfinished for a number a years.Strictly 3.5 is a 13 track marathon smash to your face, a culmination of 6 years of ups and downs ,With Vocalist Nathan delivering grime influenced hype lyrics over a wall of sound in the vein of nothing else you have ever heard.Back with a rediscovered passion and drive, Prowler are out to smash. Official Myspace Official Facebook 2) Prowler is a thrash metal band from Nyköping, Sweden. The band was formed in 2008. 3) Prowler is a Thrash Metal band formed in New York, USA. They released one demo, and an EP titled Prowling Death Squad in 1988 on New Renaissance Records. 4) Prowler is a speed metal/ thrash metal band from Finland. They formed in Pieksämäki, August 2008. 5) Prowler is an electro/punk band from Philadelphia, USA. 6) Prowler is a DJ Solo artist. 7) Prowler is a NWOBHM band who released two 7" singles, "Forgotten Angels" & "Alcatraz". Not the same Prowler who appeared on the Brute Force compilation in 1980. 8) Prowler was a power metal/ thrash metal band from Australia. 9) Prowler is a thrash death metal band from Belgium. 10) Prowler was a Japanese heavy metal band. 11) Prowler is a heavy metal band from New Mexico, USA. They formed in 1981 where their short spell made them an impressive demo. They later split up but reofrmed in 1989 where they released another two EPs called "Prowler" and "EP". However, they split up once more. At long last the original vocalist Steve Montoya and Steve Cordova met up and reformed again in early 2006. 12) Prowler was thrash metal band from Canada. 13) ProwleR Looking for vocalist! From the north coast of New South Wales comes a metal act with a difference. With a highly innovative and technically infused sound, Prowler boasts one mammoth ear splitting slab of groove metal, delivering an explosion of sound. Prowler is a metal experience like no other. http://www.facebook.com/pages/PROWLER/390479104329045 Read more on Last.fm. User-contributed text is available under the Creative Commons By-SA License; additional terms may apply.