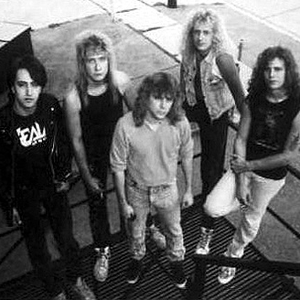 There is more than one artist using the name Realm. 1) Realm is an American thrash metal / progressive metal band from Milwaukee, Wisconsin that formed in 1985. They released two underground demo tapes at first; "Perceptive Incentive" in 1985 and the landmark "Final Solution" in 1986. In 1988, the band signed to the up-and-coming Roadrunner Records label and released their debut album, "Endless War", later that year. The album featured a classic cover version of The Beatles' song "Eleanor Rigby" that they converted into speed metal form. In 1990, Realm released their much anticipated second album, "Suiciety". It contained a more unique progressive sound than the band's earlier releases. After fulfilling their 2-album deal with Roadrunner, the band searched for a new label. They recorded another album's worth of material, but it remains unreleased to this day. In 1992, Realm disbanded. "Endless War" and "Suiciety" were digitally remastered and re-released worldwide under the Metal Mind Productions label in 2006 and in 2007 in the United States. Read more on Last.fm. User-contributed text is available under the Creative Commons By-SA License; additional terms may apply.