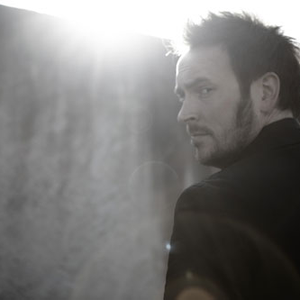 English born guitarist/songwriter, started writing imaginary filmscores on grandmother's piano as soon as the age of 5. At 16 started gigging with various bands around the northwest, disillusioned and frustrated went to university to study modern languages and moved to France. Within two weeks of being in France joined the group "Beth" and went on to tour, write and record for 7 years playing hundreds of concerts & french festivals including a prestigious friday night slot at "Les Vieilles Charrues" in 1999 just before Death in Vegas and Massive Attack as well as supporting various groups such as: Placebo, The Kills, Yann Tiersen, Swell, Venus, New Model Army, Dionysos, The Delgados Katonoma, Dolly... Beth disbanded in 2003 continued under the name "Moneypenny", called it a day shortly after a triumphant support slot with Placebo in 2004. Now working on Soundtracks and playing them as a live show with a full band (Never Meet Your Heroes) "playing out the imaginary filmscore that's been playing in my head since forever" Read more on Last.fm. User-contributed text is available under the Creative Commons By-SA License; additional terms may apply.