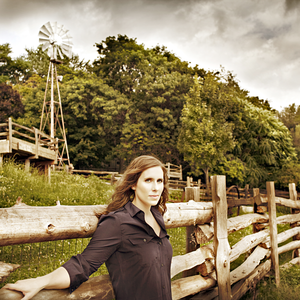 Rose Cousins is a Canadian bluegrass/folk singer-songwriter. Born and raised in Prince Edward Island, she is currently based in Halifax, Nova Scotia. Beginning in 2002, she released two EPs prior to her full-length debut, If You Were for Me, in 2006. The album garnered her a nomination for best solo artist at the Canadian Folk Music Awards. She was also a winner in the 2007 Mountain Stage Newsong Contest, as well as winning best folk recording from both the Nova Scotia Music Awards and the PEI Music Awards, and Female Recording of the Year at the East Coast Music Awards in 2008. She followed up with The Send Off in 2009. The Send Off was produced by Luke Doucet, and features guest musicians including Kathleen Edwards, Melissa McClelland, David Myles, Jenn Grant and Tom Wilson. In 2012, Rose released We Have Made a Spark. The album has 9 tracks, including 2 bonus tracks. It was produced by Zachariah Hickman and engineered by Matt Malikowski, Sean Cahalin and Roni Pillischer. The album was released on her own label, Old Farm Pony Records, the same label that houses her last two albums The Send Off and Miles to go. Cousins has also appeared as a guest musician on albums by Grant, Joel Plaskett, In-Flight Safety, Two Hours Traffic, Matt Mays, Catherine MacLellan, Jill Barber, Matt Epp, Old Man Luedecke, Ruth Minnikin, The Olympic Symphonium and Craig Cardiff, and has performed live with Royal Wood, Daniel Ledwell, Rose Polenzani, Anne Heaton and Laura Cortese. Official website: www.rosecousins.com Read more on Last.fm. User-contributed text is available under the Creative Commons By-SA License; additional terms may apply.