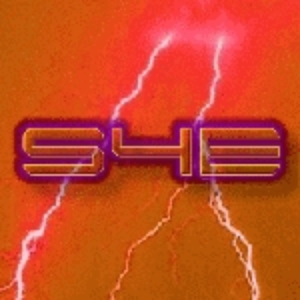 S4E is an artist originally from Finland. To be more exact from eastern part of Finland from a town called Kitee. He has since then moved to the United Kingdom. He is currently 31 years old (born in 1982) and he has been making trance music more seriously from the year 2003. His first album release was in 2005 with Moonquartz. There has been a steady pace of albums ever since. White Sound was released in December 2006, and August 2007 saw the release of Scorching Sun, while Twilight Zone was also released during the same year. During 2008, in a rather confusing (to some) way an album called W.I.P./Work In Progress was released. Some people took this as being an album that was in a “work in progress” stage, whereas in reality it was meant to symbolise the ongoing improvement for S4E as an artist. W.I.P. was released in the early stages of 2008, and was followed by L.M.I.M./Let Me Introduce Myself later that year, which was in a way, and somewhat appropriately as well, an album that showed a vast improvement in all ways to previous albums. In 2009 S4E released D.T.Y.B/ Direct To Your Brains. This album continued to showcase the way forward for S4E with great music. 2010 saw the release of an album called Our Religion. Despite its name it is not meant to be a religious take on anything, but S4E sees music as something that is universal and that can be enjoyed by anyone, regardless of their beliefs. Our Religion reflects this idea. In 2011 Drop In The Ocean was released. This album was the 9th album from S4E and once again contained great music with the thought behind the whole naming process that we are all just small drops in the vast ocean. A journey that started in 2003 has reached its decennial and now, 10 years later, S4E is still going strong. To celebrate this, an aptly named album Decade Of Decadence, was released late 2013. Coincidently it is also S4E’s 10th album. It holds a special significance to S4E, since it has been roughly 10 years from the moment S4E started. A journey that began with a hope that one person would listen to his songs has seen thousands enjoy and listen to his music. There is a lot more to come from S4E, so expect the future to bring out more great music from him. And whatever the future holds for us, one thing is for sure, music stays, no matter what… Till next time… Discography 2013 – Decade Of Decadence 2011 - Drop In The Ocean 2010 - Our Religion 2009 - D.T.Y.B. /Direct To Your Brains 2008 - L.M.I.M. /Let Me Introduce Myself 2008 - W.I.P. /Work In Progress 2007 - Twilight Zone 2007 - Scorching Sun 2006 - White Sound 2005 - Moonquartz Read more on Last.fm. User-contributed text is available under the Creative Commons By-SA License; additional terms may apply.