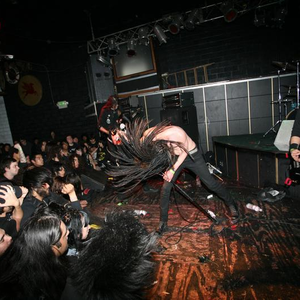 There are multiple artists named Sanctum: 1) Sanctum is a heavily metal influenced crust punk band from Seattle, Washington, USA. They released two EPs, a split records with Stormcrow (US), and a full-length LP titled "On the Horizon". They are similar to Stormcrow, Stagnation, Hellshock and early Bolt Thrower. 2) Sanctum is an industrial group from Sweden, formed in 1994 and signed to the Cold Meat Industry label. 3) Sanctum is an MC from Leuven, Belgium. Originally one half of S.E.C.U. (La Sagesse Elevé par la Communication Oublié), he persued a solo career. His first album "Opper-rationeel" was free to download from his website. In 2002, it was released by Mental Records. A second record "Amor Fati" followed in 2004. He released his latest, "De bevestiging", in 2006. Read more on Last.fm. User-contributed text is available under the Creative Commons By-SA License; additional terms may apply.