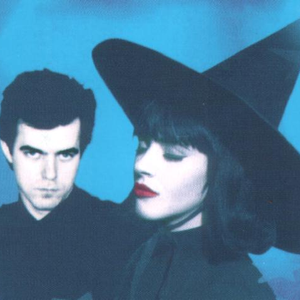 There are four artists that use this name: 1.) A collaboration between Rose McDowall and Boyd Rice. The duo cover a number of songs from the 1960's and 70's, often modifying the lyrics to make them darker. 2.) An alternative rock act comprising Chanin Floyd (bass), Tim Beckman (guitar), and Garrett Shavlik (drums). They released a single album, "Mississippi" in 1994. 3.) SPELL (formerly known as STRYKER) are a progressive traditional heavy metal power-trio from Vancouver, BC, taking influence from bands like Judas Priest and early Scorpions and delivering an original foreboding heaviness. In a musical climate obsessed with genres and scenes, SPELL build on the rich musical traditions of the 70's and 80's without adhering to the conventions of any single style. 4.) Spell are Kristen Roos and PrOphecy Sun. They create intense sonic washes created solely from vocals combined with beats from the future / past. Vancouver witch-wave duo Kristen Roos and Prophecy Sun, collectively known as Spell, conjure sensations like Rorschach tests, with which we can only grope at meanings, and frisk with postmodernism that brims with fragmentation and prior truths, while eschewing pretension. Their debut release, Lull, has been made with the intention of representing the live sound of Spell. All of the tracks were recorded in one take. There is no post-production, aside from equalization and mastering. Read more on Last.fm. User-contributed text is available under the Creative Commons By-SA License; additional terms may apply.