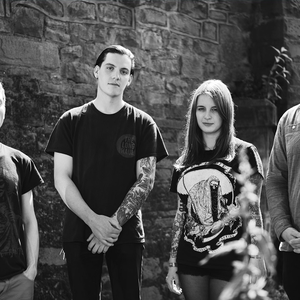 There are several bands called Svalbard. 1) a metal band from Silesia, Poland 2) a martial/darkwave band from Homel, Belarus. 3) A modern melodic hardcore band wth dramatic tendencies from Bristol, UK. 1] The initial idea of this band arouse in 2004. The everchanging line-up was the main reason for the band to stay in the dark for long years. But not only are they still around, with: Piotr (Peter) on vocals, Clad (Dominic) on guitar, Pająk (Peter) on bass, Majkel (Michael) on drums and Kate on guitar, Svalbard is getting back on track! EP (2009) coming soon! 2] SVALBARD was started as an ambient one-man project in 2006. Its music was based on the mixture of dark ambient and neoclassic. During the winter of 2007 the first band's demo titled ‘Stille’ was recorded and soon SVALBARD received the invitation to take part in the international fest CRIVIA AETERNA. After band's first performance its conception was reworked and the next year SVALBARD performed their new program together with the new member [K.S.] who since there has become responsible for the lyrics of the project. After this performance the band received their first contract with Der Angriff (subdivision of Russian label INDIESTATE) and released their first EP ‘Treue Vaterland Jugend’. During the spring and the summer of 2009 SVALBARD was working on their first LP ‘Heimkunft’ that is coming on Lichterklang in January - February 2010. 3] Formed in 2011. Debut self titled 7" available now. Current / ex members of Burning Skies / More Than Life / True Valiance / Evita / Austere / Merrick who enjoy drinking tea, delay pedals and crying over spilt milk. http://www.facebook.com/svalbarduk Read more on Last.fm. User-contributed text is available under the Creative Commons By-SA License; additional terms may apply.