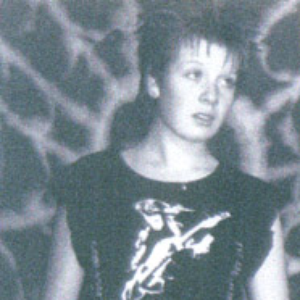 There are at least four bands using the name "The Dead": *American; rock, jamband genres: The Dead, also known as the Other Ones, are a North American rock band composed of former members of the Grateful Dead. After the death of Jerry Garcia in 1995, Bob Weir, Phil Lesh, Mickey Hart, and Bill Kreutzmann formed a band called The Other Ones. They performed concert tours in 1998, 2000, and 2002, and released one album, The Strange Remain. In 2003, they changed their name to The Dead. In addition to Weir, Lesh, Hart and Kreutzmann, the 2003 lineup of the band included Jimmy Herring, Jeff Chimenti, Rob Barraco, and Joan Osborne. The band was first officially billed as The Dead on February 14, 2003 at the Warfield in San Francisco. Later that year, the band opened up their summer tour on June 15 at the Bonnaroo Music Festival. They ended 2003 with two New Year's dates at the Oakland Coliseum on December 30 and 31. In 2004, Herring and Chimenti remained in the lineup, and were joined by Warren Haynes. The band played a brief winter jam and a three-month summer tour called the Wave That Flag Tour. On February 4, 2008, Bob Weir, Phil Lesh, and Mickey Hart, along with several other musicians, performed a concert called "Deadheads for Obama", at the Warfield in San Francisco. On October 13, 2008, Weir, Lesh, and Hart, joined by Bill Kreutzmann, Warren Haynes, and Jeff Chimenti, played a second show for the Obama campaign, called "Change Rocks", at Penn State University. On January 20, 2009, the same lineup played at one of the ten official balls for the inauguration of President Obama. On January 1, 2009, the Dead announced a 2009 spring tour schedule. The band will play 22 concerts in April and May, with a lineup of Bob Weir, Phil Lesh, Bill Kreutzmann, Mickey Hart, Warren Haynes, and Jeff Chimenti. *American; death metal, thrash metal genres: The Dead is a gore metal side project started by Nick and Jake Superchi from their main project Ceremonial Castings. The Dead, forming in 2001, hails from Battle Ground, WA. They currently have three releases. - "They Come For Brains" (2001) - "Start Killing" (2006) - "Cadaver Cuts" (2007) *split with Reeker, Raw Sewage, and Meathole Infection* Other projects by Nick and Jake Superchi include: Ceremonial Castings, Serpent Lord, Hellchasm, Mysticism Black, MotörThrone, and Detrusion. *Australian, Death Metal; The Dead is a death metal band from Brisbane with a sound and style similar to that of Misery, from whence guitarist Scott Edgar came. Yee was previously with Obfuscate Mass. The Armoured Assassin single was issued on blood-red splattered vinyl only. They released two demos before releasing their debut self-titled album in 2007. Edgar left the band in early 2008 and was replaced by former Beijing Tank guitarist Paul Hirvonen. He left after a brief time and bass player Keleher switched to guitar. *Swiss; psychobilly genre: no information added yet. Read more on Last.fm. User-contributed text is available under the Creative Commons By-SA License; additional terms may apply.