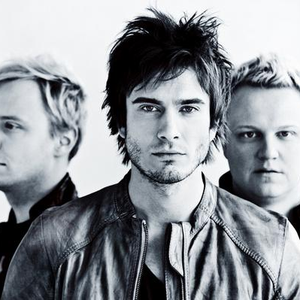 The Giant Leap is a melodic rock band that was established in the summer of 2005 in Helsinki, Finland. Vocalist and songwriter Sebastian Rejman was the bands founding member alongside with piano player/songwriter Petri Somer and drummer/producer Sami Lehto. Sebastian and Pete had been writing songs for a couple of years together and playing every gig they got their hands on. Sami had been doing all kinds of different projects as a producer and a drummer. In July of 2005 Sebu and Pete invited Sami to come and check out an aqoustic gig in Helsinki, Kaivohuone. After a lot of songs,shots of vodka and none rehearsed choruses, Sami was asked to join the band. The guys started to write songs and make demos. When everything started to look finished, the guys went to visit a couple of record companies. Read more on Last.fm. User-contributed text is available under the Creative Commons By-SA License; additional terms may apply.