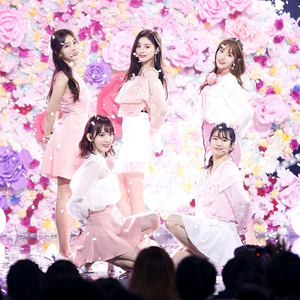 There are three known artists with this name: 1)The Promise were a powerful straight edge hardcore band from Syracuse and Philadelphia, 2) The Promise is a synthpop band from Germany. 1) Charging out of the gate in stagnant times where metal and pop punk have decayed the sound and disrespected the hallowed traditions of Straight Edge hardcore, THE PROMISE mean business, and pull no punches in achieving the goal of breathing life into a lost scene and misdirected genre. Save all your speculation about what is and what isn't hardcore for the internet, because Syracuse, New York's THE PROMISE are here to show you just what hardcore is, and with a vengeance. Culled from some of the most classic and respected Straight Edge bands of the 1990s (Another Victim, One King Down, Conviction), THE PROMISE began in 2001 under the moniker of True Love, a project intending to bring five old friends together to show the world that time had yet to wear them down or break their will. Their determination paid off as word spread quickly of the juggernaut-to-be being birthed in the basements and streets of upstate New York. With a release of the "My True Love" CD/7" on Boston's Deathwish Inc., it has proven to be another in a series of signals that THE PROMISE will not be stopped in their ongoing crusade to raise a middle finger to complacency and apathy in hardcore, and accord due respect to the beliefs and ideals of the Straight Edge movement. In addition to flooring audiences in their hometown, THE PROMISE has designs on spreading their hardcore reality to kids all over the U.S. and the world in the foreseeable future. Now a proud addition to the stable of California's venerated Indecision Records, THE PROMISE endeavor to put forth one of the most important hardcore records in years this summer, which they are currently hard at work in constructing. Success for THE PROMISE goes far beyond monetary status and acceptance in a world of impostors and trends. The ability to reproduce the courage that has built the foundation of their lives and to ressurect the spirit of true, tempered hardcore. This is THE PROMISE, this is their one true love. The Promise hardcore 2001-2005 3) The Promise were a melodic rock and from Aberdeen, Scotland. Originally know as Tour De Force in the late eighties, the band had broken up, but were persuaded to reform with the offer of a record deal from Now and Then Records. They recorded two albums, an eponymous effort in 1995 and Human Fire in 1999. They disbanded in 2002 Read more on Last.fm. User-contributed text is available under the Creative Commons By-SA License; additional terms may apply.