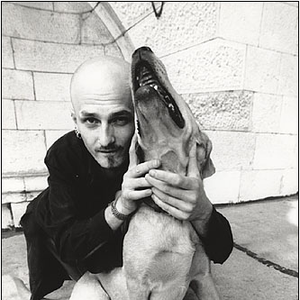 Damir Urban is a popular Croatian musician best known for his work as a singer/songwriter for Laufer and for his solo work with his band 4. Damir Urban was born on 19.09.1968 in Rijeka, Croatia, a town that is today well known for its rock scene, where he found his first band La Bellona as the bassist and main songwriter. He performed live with this band for the first time. Little is left today of La Bellona's music. Damir Urban released his first solo album in 1996, entitled "Otrovna kisa" (Poison Rain), to critical and commercial acclaim. The album was produced with MC Ancho's help. In 1998 he released "Zena Dijete" (Woman-Child) to even greater critical and commercial acclaim, and the album spawned a string of number ones: "Mala Truba", " Odlucio sam da te Volim" and "Black Tattoo" (which features the Split hip-hop group The Beat Fleet) all of them received extensive airplay. He refused to receive the Porin (Croatia's equivalent to a Grammy) for the album, as it was nominated for best alternative album and Urban believed his album to be a rock album, therefore, he considered he would be stealing a prize from real alternative artists. Read more on Last.fm. User-contributed text is available under the Creative Commons By-SA License; additional terms may apply.