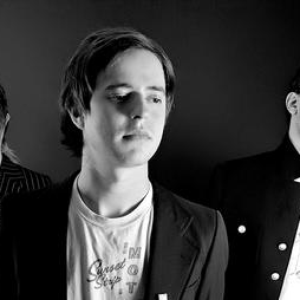 Vaquero is a band formed in Monterrey, Mexico in 2004, who draw on styles including indie rock and alternative. The group consists of ex-Zurdok Movimiento (aka Zurdok) bandmates Gerardo "Chetes" Garza (vocals, guitar, keyboards) and Maurizio Terracina (bass, guitars, vocals). After a successful stint on the Latin Alternative Music Conference (LAMC) showcase, they enlisted the help of drummer Rodrigo Guardiola to complete the new three-piece pop-rock group. In 2005, the band released their self-titled album with hits such as "Dying to Live," "Yesterday's Song," and "Sunshine." The band is in hiatus since 2006. www.myspace.com/ilovaquero Read more on Last.fm. User-contributed text is available under the Creative Commons By-SA License; additional terms may apply.