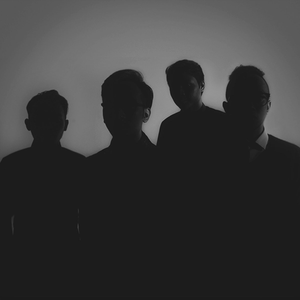 Vancouver BC, Canada (2008 - Present) Call it summertime synth. Vancouver band Young Liars have earned a loyal audience, forged by a reputation for explosive live shows, performing alongside Minus the Bear, CSS, and STRFKR and headlining showcases at Rifflandia festival and NXNE. Now, the band embarks on a new journey with their debut album, Tidal Wave, a sonic seachange that focuses their energy into a blissed-out sound powered by understated grooves and well- mannered rock. The beginning of Young Liars was all about timing. It formed, as bassist Andrew Beck says, “from a combination of old bands breaking up, a few members staying together and a friend of a friend joining along the way.” Drummer Tyler Badali and Beck formed the group with singer and guitarist Jordan Raine, later Wes Nickel signed on to play keys. Together they forged a unified sound and live show that made the dream of music- making into a reality. Their Homesick Future EP seeped across the internet, earning accolades and populating music blogs, digital mixtapes, and best-of lists. For their upcoming album Tidal Wave, the band recorded at Greenhouse studios in Vancouver with producer Tyler Johnson, who worked on their debut EP. Over the course of a year, the band crafted their sound, an evolution that was “quite labour intensive,” Beck says. Badali designed the artwork for the album in house, creating images through photo manipulation. The album is a sleek and focused effort, marrying effervescent melodies and synth textures laid over infectiously danceable beats. “Our sound has evolved pretty rapidly over the life of our band culminating with this album,” Beck elaborates, “We started out as a dance punk band with a math rock slant and have moved closer and closer to the synth pop version of us you hear on the album. Tidal Wave is a refinement of style and is more cohesive as a whole.” Lyrically, vocalist Raine says the album took root in his memories and imagination, or the stories captured in a photograph. On the energetic single “Night Window,” the bassline grounds Raine’s airy vocals that soar above the beats. On the synth-swelling title track “Tidal Wave,” Raine’s voice floats above the subtle grooves and creates a serene sonic environment. The tightly-wound beats and slightly funky guitar of “Supertramp” provide the soundtrack for Raine’s journey through Morocco, France, and Spain, a month long trip with his brother, where they slept under the stars in Madrid’s parks and travelled through the French countryside. “I wrote ‘Supertramp’ as a reminder to myself of being present, being ready to live,” Raine reflects. Young Liars make music for the present, creating songs that stretch an instant into infinity, stoking kinetic motion among sweat-speckled audiences or carving introspective enclaves in your own headphone headspace. With a year in the studio behind them, their music has emerged as a strong sound, a unified effort from a band who stood on the precipice of their passions and plunged in. “TidalWave” is about that passion,” Raine says, “how it defines you and how it can destroy you, and how sometimes it is so worthwhile you can't help but stick to it, no matter what it means.” Read more on Last.fm. User-contributed text is available under the Creative Commons By-SA License; additional terms may apply.