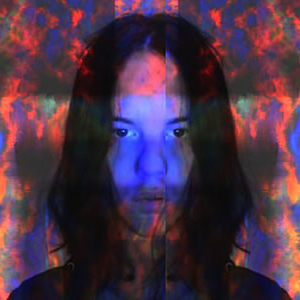 Katie Dey is a kid from Melbourne; an Australian singer/songwriter known for her inventive, unconventionally arranged home-recorded pop tunes. She often twists and distorts her voice into an abrasive croak, lending an extra sense of fragility to her lyrics about fear and isolation. Dey had been playing various instruments since her preteen years, and eventually she posted some of her songs on her blog. One of these songs caught the attention of Mat Cothran of Elvis Depressedly, who brought Dey's music to the attention of Warren Hildebrand (Foxes in Fiction), co-owner of Orchid Tapes. Dey had long been a fan of the label, so she jumped at the chance to work with them. She released a short album titled asdfasdf for free on her Bandcamp page in 2015, and when Orchid Tapes issued a cassette version, it sold out its first pressing in a day. She then signed to Joy Void for her second release, the full-length Flood Network, which was released in August of 2016. Read more on Last.fm. User-contributed text is available under the Creative Commons By-SA License; additional terms may apply.