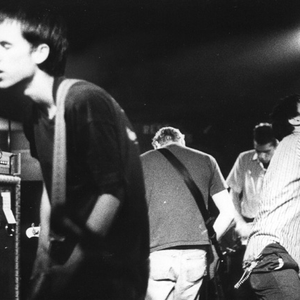 Angel Hair were an American Hardcore Band from Boulder, Colorado. They existed from September 1992 to January 1995. They released a couple of split 7"s and a self titled 7" (on Gravity), along w/ a 12", also on Gravity. Sometime after their demise, a discography CD was released on Gravity containing all of their studio recordings. Sonny Kay (Vocalist) went on to form The Vss w/ Josh (Angel's second guitarist and fifth member) also playing guitar. The Vss put out a couple of records and then disbanded. Sonny continues to run GSL records out of Los Angeles and is probably active in at least one band and/or musical project. Read more on Last.fm. User-contributed text is available under the Creative Commons By-SA License; additional terms may apply.