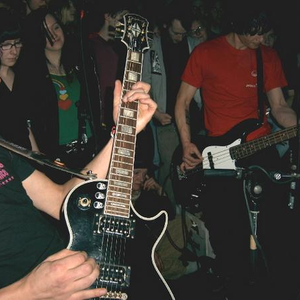 There are four artists with this name: 1) Jet Black was a German screamo band, existing from 2001 - 2006. Released a self titled 7 inch and a 12 inch record entitled "The Dead End" on UNterm Durchschnitt Records. Three members afterwards founded a band named "The town of Machine". 2) Rapper out the bay area called JET Black. CEO of Hard Earned Records. Is well known by his debut cd called Hard Earned with feats by fellow bay area rappers. 3) Jet Black (born Brian John Duffy; 26 August 1938 in Ilford, Essex, United Kingdom) is an English drummer with the veteran punk rock / new wave band The Stranglers. Black was a successful businessman up until the mid 1970s, owning a fleet of ice cream vans, and an off-licence in Guildford, UK called 'The Jackpot'. This establishment was the base for the early Stranglers. He became a full-time professional musician in the mid 1970s and is still currently drumming for The Stranglers, despite his advancing years. His style is usually simplistic and jazz-influenced, although "Duchess", and "Down in the Sewer", are frantic drumming songs live. In the mid 1980s, Black elected to cease playing acoustic drums in the recording studio and used a Simmons kit triggered by pick-ups , most notably on the Feline and Aural Sculpture albums. During a long career in music, Black, like many other drummers, became aware of certain practical limitations inherent in the basic kit design and set about addressing the issue in the form of the now patented 'Jet Black Power Bass Drum Pedal'. This has brought new freedoms of comfort and technical feasibility to drummers. The 'Jet Black Power Bass Drum Pedal' enables the bass drum to be placed anywhere and yet remain playable. Black is of Irish ancestry and currently lives in Gloucestershire. 4) Jet Black is a post-hardcore/shoegaze/alternative rock band from Quebec City. www.iamjetblack.com Playing together since 2008, Francis Berthelot, Jean-Philippe Laforge, Philippe St-Laurent and Stéphanie Vézina founded Jet Black to push ahead their artistic vision of what they always wished to accomplish in terms of musical achievement. The first criterion of their new association would be to build this project in a strong DIY ethic. Intensively listening to influent ‘90s alternative rock music like Jawbox, Failure and Swervedriver just to name a few, they shared their love for noise rock, post-hardcore and shoegaze to fuel their musical inspiration. Jet Black’s first effort entitled ‘’Escape Measures’’ ends up being a self-produced record and an honest debut full length that clearly expresses the identity of the band. Read more on Last.fm. User-contributed text is available under the Creative Commons By-SA License; additional terms may apply.