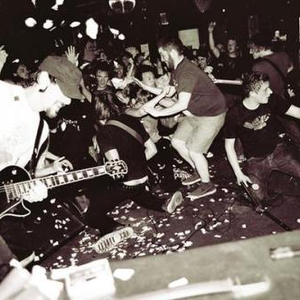 June Paik are an emotive hardcore band from Donauwörth in Germany. They've released a selftitled 7" (React With Protest), a selftitled 12" (React With Protest/Parade of Spectres), the latter of which drew their already dark and intense style more towards epic build ups and heavy droning passages much in the vein of mid-90's Canadian hardcore bands such as Union of Uranus and One-Eyed God Prophecy, a Split 12" with Titan (React with Protest), a selftitled 10" (React with Protest) and a Split 7" with Battle of Wolf 359 (React with Protest/Adagio830).They also contributed a song on each the Emo Apocalypse and Emo Armageddon compilations from React With Protest. The band members are Daniel, Sebastian, Patrick, Ulli and Sebastian. The band name is an obvious reference to Nam June Paik, an extremely influential american artist who was one of, if not THE, first video artists. Paik was also a HUGE influence on the sound movement in art. Read more on Last.fm. User-contributed text is available under the Creative Commons By-SA License; additional terms may apply.