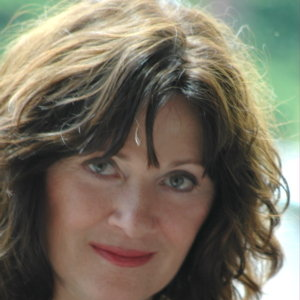 Karen Marie Garrett is an American composer and classical/contemporary/new age solo pianist. Garrett grew up in Washington State. She began learning to play the piano at the age of 5 and trained at the Sherwood Conservatory of Music in Chicago. While she focuses primarily on live performances, she has released three recorded albums, and her works have been featured in several movie soundtracks and charity projects. Garrett is regularly involved in charitable work, occasionally donating performances to the Espy Foundation to support their mission to "advance and encourage literary and visual arts through programs enabling writers, artists, and students to pursue and create new ideas and works". Her first album Allure of Sanctuary was produced by Will Ackerman and released in 2005. Her second album It's About the Rose was released in 2007 to critical acclaim. It earned her the title of "Top Contemporary Instrumental and New Age Recording of 2007." A prominent track from It’s About the Rose, "Tally’s Lullaby," inspired a number of special projects including a spoken word meditation in response to the Virginia Tech tragedy, a poem by New York author T.M. Wright, and a fundraising video for the American Cancer Society. Garrett's music has been featured in several movies: the French Canadian film "La dernière fugue" (The Last Fugue, 2010), the documentary "Evolution of Dad" (2010), and the documentary "The Roosevelts: An Intimate History" (2014). Her third album, It's About Love, is scheduled to be released in January 2015. Read more on Last.fm. User-contributed text is available under the Creative Commons By-SA License; additional terms may apply.