Look What I Did 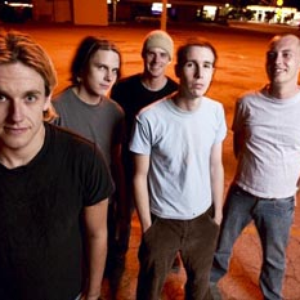 Free Look What I Did music, news, frequent updates and blogs are available at www.melodicnoise.com, the band's official online portal. Look What I Did are a self-described info punk band formed in 2001 in Nashville, Tennessee by singer, Barry Donegan and guitarist, Colby Shea. Miles McPherson (drums, currently playing with Kelly Clarkson) and Chris Bradley (bass) were added before the bands first public live performance in January 2002. The band live performances during that era often ended in animal thongs, a fistfight between members, and in some cases, a hospital trip for its vocalist. In 2003, the band added a second guitar player, Aaron "Skeet" Childress, formerly of National Green, and relocated to Los Angeles, California. At this time they also released their first recording, an independently recorded, financed, and released LP, My First Time, on their own Clockrock Recordings. Despite its limited pressing, the record received many features from ezines such as theprp.com, loudside.com, Opuszine.com. Miles McPherson was not able to join the band in L.A., and Eli Green, now of HORSE the band filled in for some time. McPherson returned to the group in 2004. In 2005, newly reformed Combat Records and producer, Brian Virtue (Jane's Addiction, theSTART) worked with the band to release Minuteman for the Moment on October 4, 2005. The band then relocated to Nashville, TN, and began heavy national touring with bands such as Ion Dissonance, Animosity, At All Cost, Dog Fashion Disco, Tub Ring and The Classic Struggle, Drop Dead, Gorgeous, Folly, and The Human Abstract. In October of 2006, Jake Omen(drums, ex Year of Desolation) and Ty Coughlin(bass) joined the band, replacing McPherson and Shea. Chris Bradley took over the duties on guitar. In early 2008 the band signed a deal with new label Modernist Movement. The album Atlas Drugged was released on February 9, 2010 via Modernist Movement Recordings. Atlas Drugged was also produced by Brian Virtue. Read more on Last.fm. User-contributed text is available under the Creative Commons By-SA License; additional terms may apply.