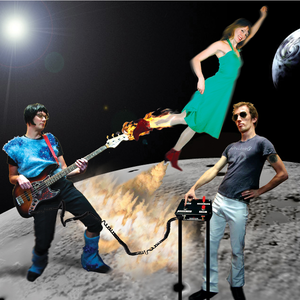 The band naming their persons queen of japan was not always in the threesome they hold to their beating hearts today. Koneko dancing intensely to some hardcore techno remixes and digital hemorrhoid chanting of Jo Ashito he saw her and immediately the contact threw caution to high winds. Queen being their favourite all time band and there was opportunity to compare style in covering in a small wooden box in Vienna in the playground. Much succession to the angelika köhlermann dynasty deluxxe and rubinowitz craved release so they did. Year later and the thrill of thin lizzy was keeping Jason Arigato awake in his sleep. He must join the band as no connection means continuous insomnia. Jo and Koneko willingly able and heart heat invite him to join especially because of his styling and tall bass playing. Producing the album comes easy like a walk by the lake in the dark moon. Within months they reach climax which is a good feeling. Dr Mooner heralds the enterprise of label compatabiltiy with köhlermann and release is again achieved with under the earth hit. Many miniature labels also releasing a varierty pack of twelve inches vinyl offering to the god but without particular religious meaning because a gay man says its all to do with sex. After many tours of hard sexual energy and costume change the queen of japan became known well across country and town never giving in to a life of modest no glamour. The glitter of love has to push through the barriers of solitude and doubt within the elctronic music appreciation because only then shall we circumferate the earth with a real understanding for why we were born in these charismatic shells. Silver and silver meaning heroes of the stage and ashito screams tiredless into the caves of dark electronic music clubs. But certain club owners have fear which is not irregular and many of viewers of the band also too. They battle a hard fight but then in realisation of struggle remember one thing: new album. Head Rush release immenent. Joe Cock producers make happen what has been happening in the crotches of artists for many years. Nice feeling for some, threat for others because it means many more minutes on vinyl of serious love heated comment about intercourses. But not bad because the children will learn through pop about the trials of the heart. Schools will replace sexual theory lessons with headrush album in order to save the money of tax pay. Queen of Japan influence politics and reforming. Everybody loves everybody and fun and feeling. Yet revelation comes to those who wait. The ecstasy knows boundaries without walls as queen of japan do find the necessary they must write their own testimony. and thus occurs new work. kings, queens, wasps and lust emerge from sweat realm releasing the true voice of band, the original. One man says: QUEEN OF JAPAN They are a trio that pretended to be from japan and are doing fab cover with disco! All really nice people and they have a style, its electric disco. I wish you should see them when they pump and grime on the stage. and they are a lady! the end (c) arakiha miho 1998 translated from the japanese by arakiha miho : arakiha@yahoo.com Read more on Last.fm. User-contributed text is available under the Creative Commons By-SA License; additional terms may apply.