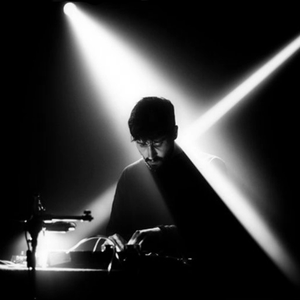 The Haxan Cloak is 29 year old London-based electronic musician Bobby Krlic. Krlic studied Music and Visual Arts at the University of Brighton. He has released several CD-R EPs, all sold at live shows and currently out of print, bar one being distributed exclusively by the Aurora Borealis label. His self-titled debut album was released by Aurora Borealis in February 2011, featuring guest players Mikhail Karikis (Sub Rosa), Finn McNicholas (a.k.a. Ultre) and Liam Sparkes of Trencher and Drum Eyes. July 2012 saw the release of the one-track CD "...The Men Parted The Sea To Devour The Water". He has played live with Matthew Bower, Prurient, Cold Cave, Neil Campbell and others. He has collaborated with Mikhail Karikis, resulting in a remix appearing on Karikis’s 2009 release, Morphica. He also works as a composer, and recently composed an exclusive piece for the Victoria & Albert Museum as part of London Fashion Week. Read more on Last.fm. User-contributed text is available under the Creative Commons By-SA License; additional terms may apply.