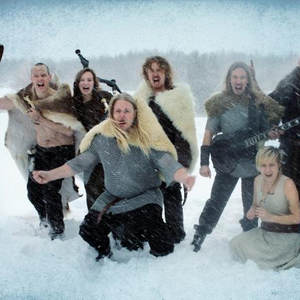 There are at least 3 bands using the name 'Vanir'. 1.) A Danish folk metal band. They released an album through Napalm Records on 29.04.2011. 2.) A Dutch folk/viking/black metal band. Vanir was a band from Utrecht that was founded in September 2007 by Martijn and Mitch. They worked with Dutch lyrics and a lot of death/black influences. They self-released one demo in March 2008 entitled "Zwaard & Volk". This demo contained 3 tracks. Over the years, many lineup changes took place. When they finally split up in the summer of 2010, there were 5 active members and 5 former members. 3.) A German band called 'Vanir'. They also started in 2007. Read more on Last.fm. User-contributed text is available under the Creative Commons By-SA License; additional terms may apply.