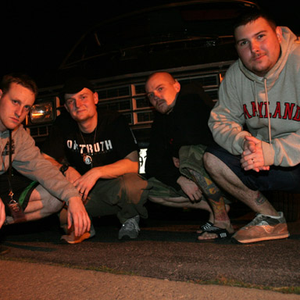 xLooking Forwardx is a positive Straight Edge band from Bel Air, Maryland. They play a blend of old-school hardcore punk and metal. The band has been together since September of 1999, however have known each other for much longer. Justin and Josh are brothers, and KevO is their cousin. KevD has been friends with all of the other members for much of his life as well. Their music and lyrics focus on the value of friendships, faith, Straight Edge, scene stuff, and everyday life issues. They have 3 full length albums out; first two records, "Ahoy Crew Members" and "What This Means to Me" are out of print. They still have a few copies of "Ahoy Crew Members" available. "The Path We Tread", their newest album on Facedown Records, is also available, also, "What This Means to Me" has been re-released recently on Blood & Ink Records with a bonus DVD. Vocals - Justin Chaillou Guitar - Josh Chaillou Bass - Kevin Doherty Drums - Kevin O'Brien http://xlookingforwardx.com Read more on Last.fm. User-contributed text is available under the Creative Commons By-SA License; additional terms may apply.