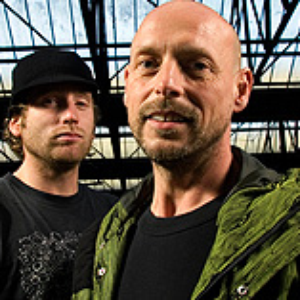 Long Range is a duo of producers, Phil Hartnoll previously from Orbital, and Nick Smith. They have worked on a few various mixes and have an album pending release. The collective project is called Long Range and musically will be chilled out home listening tracks through to night time club tracks. LRR, music label of Phil Hartnoll (Orbital) and Nick Smith and home to the band, 'Long Range'. www.longrange.tv and www.myspace.com/longrangemusic Pioneer of British electronic music returns Orbital (aka Phil and Paul Hartnoll) were, for almost two decades, one of the most creative and influential electronic acts on the planet, recording their seventh and last studio album in 2004. Not content to rest on the laurels of past glory, Phil Hartnoll’s new creative project is Long Range, formed in conjuction with Nick Smith, an artist whose recording career for dance lables Dragonfly and Atomic Records has led to major film credits with Ridley Scott. Long Range’s sound harks back to the ambient genius that was Orbital whilst transporting the listener into a more acoustic, atmospheric and filmic realm. From blissed out moments to jarred and broken beats, their eponymous album references a spectrum of genres and refuses to be pigeonholed. Hooking up with key vocalists and musicians the pair have met along the way, Long Range have combined 20 years of experience onto one record. Taking a break from adding the finishing touches to their long player, Long Range have remixed Clearlake ‘s Neon for Domino Records - of Arctic Monkeys and Franz Ferdinand fame. And in a foray into the live arena at this year’s Brighton Festival, Long Range will be joining forces with Chuck Palahnuik (Fight Club) and Irvine Welsh (Trainspotting) for a one-off collaborative happening. In a return to Orbital’s legendary live form, the event will transplant creative impetus from the desktop to the live arena, with the writers and musicians jamming back and forth to build a multi-layered narrative in words, music and images. With the last few guests on the album being finalized and a release date planned for Summer 2007 alongside more live events in the offing, you might well find yourself back on the M25 waiting for a text message... The first single on LRR is out 30/05/07 LRR01D Read more on Last.fm. User-contributed text is available under the Creative Commons By-SA License; additional terms may apply.